Meat and poultry consumption is expected to hit record highs this year.1 However, the news about animal proteins’ popularity has been overshadowed by recent headlines generated by plant-based meat substitutes, with national foodservice distribution deals and IPOs garnering attention in both trade and mainstream media. It is important to look beyond the headlines to put these next-generation meat substitutes, and the claims made by the companies producing these products, in context with sales numbers and consumer perceptions, as well as environmental and nutritional facts. While some of the companies behind plant-based meat substitutes aim to replace animal proteins, in 2018 beef was the most valuable protein at retail.2 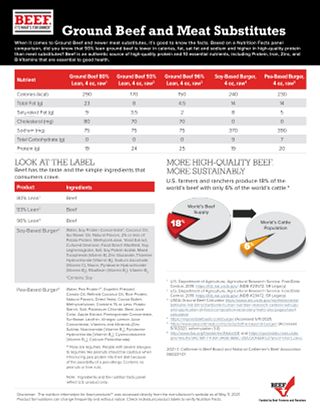 The 25%+ dollar growth rates of beef substitutes sound impressive when compared to beef’s 5%, but one must keep these numbers in perspective. When the percentages are converted to dollars, that 5% increase in beef dollar sales amounts to over 22 times the growth of beef substitutes: $1.2 billion compared with $54 million.4

Despite the placement of beef substitutes in the meat case, these products aren’t generating sales like the authentic beef products they share the case with. A recent study indicates shopping baskets containing Ground Beef have an average value of $88.95, including $79.55 of other products from across the store. Meanwhile, baskets containing beef substitutes average only $81.84 and generate almost five dollars less in sales from other departments. Even carts with chicken average lower than beef at $84.72.5

The marketing efforts of some of the companies behind the products are focused on denigrating beef’s environmental impact, equating the consumption of meat substitutes with saving the world. The companies claim their technology allows them to make “meat” advances every day while cattle aren’t getting better at making meat, but this fails to recognize that beef farmers and ranchers have made enormous strides in nutrition, genetics and animal health and welfare to raise the same amount of beef today as 1977 with 33% fewer cattle.7

Meat substitute manufacturers draw comparisons between the amount of land required to produce beef as opposed to their products, but these easily marketable statistics deserve exploration and explanation. Most of the United States’ agricultural land is range and pasture land (almost 40% of the USA) much of which cannot or should not be cultivated, which makes up the vast majority of the land “used” by beef.8 Cattle are up-cyclers, converting this grassland into high-quality human-edible protein, expanding the land base available for food production while coexisting with wildlife. In fact, whether grass- or grain-finished, most of what cattle eat in their life is grass, and less than 10% of the lifetime feed of grain-finished cattle is grain.9 Additionally, land used to raise corn grain for cattle makes up only 2% of US cropland acres or around 0.3% of US land area.

Some of the companies market their meat substitutes by implying they improve human health or contain less saturated fat than beef. However, calorie for calorie, and serving for serving, lean ground beef offers more high-quality protein than meat substitutes.10 It takes a long list of ingredients to attempt to replicate the taste and texture of beef, including added processing ingredients like sodium, saturated fat and starches. 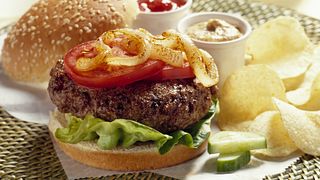 What do consumers think about beef and beef substitutes? Research indicates consumers perceive beef as being a great source of protein, nutritious, safe to eat, environmentally friendly and a healthy choice, far more than they associate these attributes with meat substitutes.11 When ranking sources of proteins, 33% of consumers rank beef as one of the top three sources, compared with only four percent who rank plant-based meat substitutes in the top three. That’s below the five percent who rank cricket powder as a top three source of protein.12

These perceptions impact consumers’ purchasing decisions. While a third of consumers are consciously making or ordering meals without meat to reduce their consumption, only 27% of those consumers are opting for plant-based beef substitutes, with 55% choosing beans, rice, lentil or grain-based dishes and 54% choosing salads.13 And it is vital to note that the overwhelming majority of people who eat meat substitutes still enjoy beef. In fact, 70% of meat substitute eaters still eat beef at least once a week.14

It isn’t surprising that shoppers are still eating beef and that’s because of beef’s taste. Taste is the top reason why consumers say they plan to eat more beef.15 Not only are beef farmers and ranchers raising beef more sustainably today, but they’re also raising more higher-quality beef. According to the USDA, more than 80 percent of beef graded and available in retail is made up of USDA Prime or Choice cuts, the highest quality grades.16 This represents a 38% increase since 2004.

While there’s no doubt beef substitutes will continue to drive news cycles for the coming months, remember to put this in perspective with shoppers’ behaviors and perceptions, as well as sales numbers.  If you’re facing difficult questions from shoppers, colleagues or vendors about beef and how it compares with substitutes, visit BeefItsWhatsForDinner.com to find answers on beef’s sustainability, nutrition and much more. 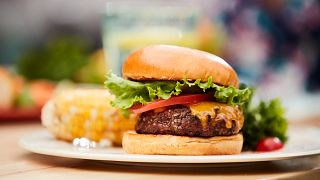 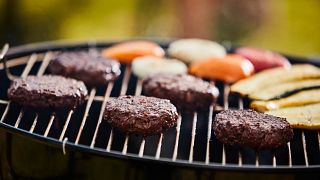 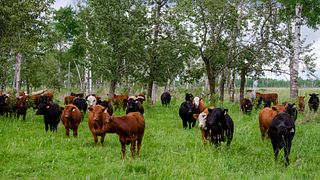 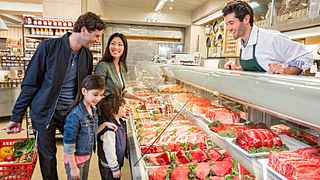 Consumers value beef for its taste, versatility, convenience and rich nutrients. But how do shoppers’ preferences vary by geography?

Beef. It’s What’s For Dinner. executed two campaigns with Instacart – one digital campaign on the Instacart marketplace and one physical campaign with inserts in grocery bags – to measure the effectiveness of different beef marketing messages and strategies. 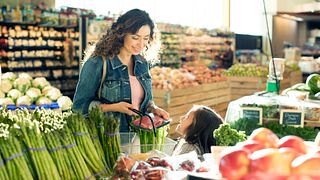 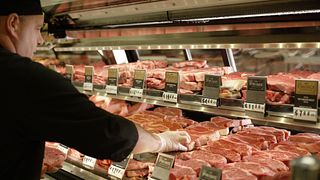